Vladimir is a serious contender in the history stakes, but nearby Suzdal takes the crown as a true ‘fairy tale’ town. Suzdal feels like you entered part of the Dr Zhivago movie set. This small town offers what people think they are going to see all over Russia – and don’t.

Sitting on the banks of the Kamenka River, Suzdal is a wonderful ancient town with fantastic architectural monuments from its vibrant past.

During the time of the Soviet Union, nearly all of Suzdal’s economy was planned around its tourist potential. As a result, very few modern buildings were constructed in Suzdal (by law there are no structures more than 2 stories high except cathedrals). Also, a number of wooden structures from other parts of Russia were transported here, and the whole city was converted into an ‘open-air museum’. Unfortunately, Suzdal’s dependence on tourism also meant its economy nearly came to a standstill when tourists stopped coming after the fall of the USSR. The town’s tourist trade has been revitalised, mostly due to an influx of Russian tourists from Moscow and elsewhere.

Suzdal retains a rustic atmosphere. You will not find any McDonalds restaurants or any trace of Western chain shops or hotels here. Livestock wandering the streets and elderly women washing cloths in the river (and tourists wielding digital cameras) are regular sights in Suzdal.

In the 9th -11th century Suzdal was a small settlement of residents mostly engaged in agriculture, crafts and trade.

During the 12th-14th centuries this became one of the most powerful towns of ancient Rus. In Suzdal, Vladimir and in the neighbouring areas, a distinctive school of architecture appeared. The styles of Vladimir and Suzdal are characterised by sophisticated proportions (the use of “golden sections”), fine design of facades with the arc belt as a necessary element.

Following a devastating attack by a marauding Tartar army in the 14th century, Suzdal’s astonishing growth slowed and by the 16th century, Suzdal had already become a political backwater, known mostly for the wealth of its monasteries and purity of its landscape.

This lovely town is filled with busy churches and monasteries and its streets are lined by colourful traditional wooden houses. Having survived the blight of Soviet town-planning, Suzdal looks much as it did centuries ago and is one of the most popular tourist sights in Russia. Fortunately, the locals have taken the rise of their town to a tourist hot spot in their stride and life still rolls along at a gentle pace, free from Disney-esque folk shows and filled with rich local traditions.

The historic centre of Suzdal is surrounded by the walls of an ancient Kremlin.  The Museum of Wooden Architecture and Peasant Life is located close to the town centre.

Suzdal charms visitors with the stunning white churches, museums of traditional Russian Art with wonderful collections of icons dating back to the 13th century. The 13th century Cathedral of the Nativity with its Golden Gates is a genuine masterpiece of early Russian art. There are about 300 architectural monuments in Suzdal. Four of them, the Nativity Cathedral, Saint Boris and Saint Gleb Churches, the ensembles of the Intercession Convent and the Monastery of Our Saviour and St Euthimius, were included in the list of the World Cultural Heritage of UNESCO.

One of the latest examples of this architectural style in Suzdal, the Cathedral of the Nativity, was built in 1222-1225, but later rebuilt. Wall-paintings were added in the 13th, 15th and 17th centuries. The sight of Suzdal is characterised by numerous churches and convents. Prince D. Pozharsky is buried in the Saviour-Epyphany Convent. The Resurrection Cathedral was built in Suzdal during the 16th century, being decorated by Guriy Nikitin. The Monastery of the Deposition of the Robe is famous with its Church over the Gates, while the Monastery of Intercession also has its Church of the Annunciation over the Gates.

Some of the specific sights to see in Suzdal:

The most popular souvenirs to pick up in Suzdal are bottles of the local honey mead medovukha as well as the usual local Russian crafts such as birch wood items, Russian dolls and Russian winter felt boots called valenki. Small souvenir markets can be found in front of every tourist sight in the town.

Down at the market square at weekends you can also find lots of babushkas selling their own local produce such as pickled vegetables, jams, pies, honey and medovukha depending on the season.

If you would like to pick up something extra special head to the shop in the Dmitry Pozharsky arch inside the Monastery of St. Euthymius. They sell hand-quilted items made by local women and you can pick up anything from cute oven gloves to absolutely stunning full quilts with intricate designs that have taken months to make. 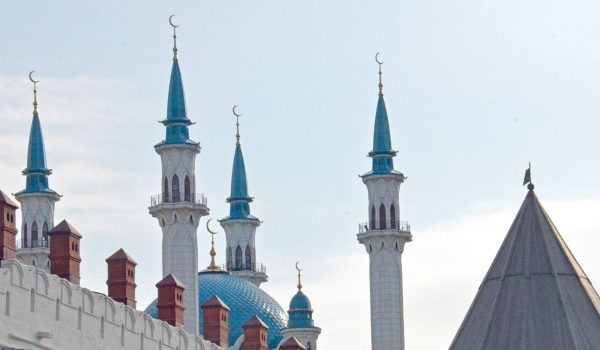 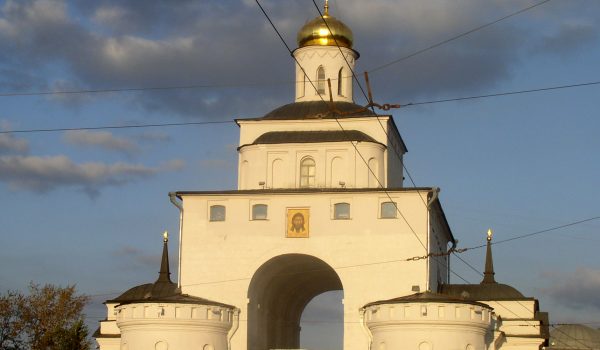